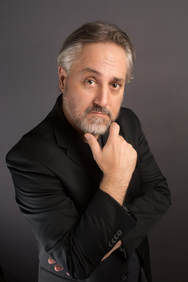 Stuart Preston is a lovable middle-aged Grump, who doesn't quite have it all figured out yet, kind of an 'angry hippie' or, as his daughter describes him, "Literally the worst hippie in the world!". He is a Scottsdale/Phoenix-based corporate comedian who specializes in clean(ish) comedy. What's with the 'ish'? Stuart's comedy is written by an adult for adults but without all the swearing and explicit sex jokes.  "We had a great time and really enjoyed your act, you were by far the funniest! I find comedians that can make you laugh without sex or swearing to be brilliant." - from fan Courtney C.

Stuart began spending time on stage as a musician and public speaker. He naturally moved into doing Stand-up comedy after graduating from Tony Vicich's ComedySchools.com.